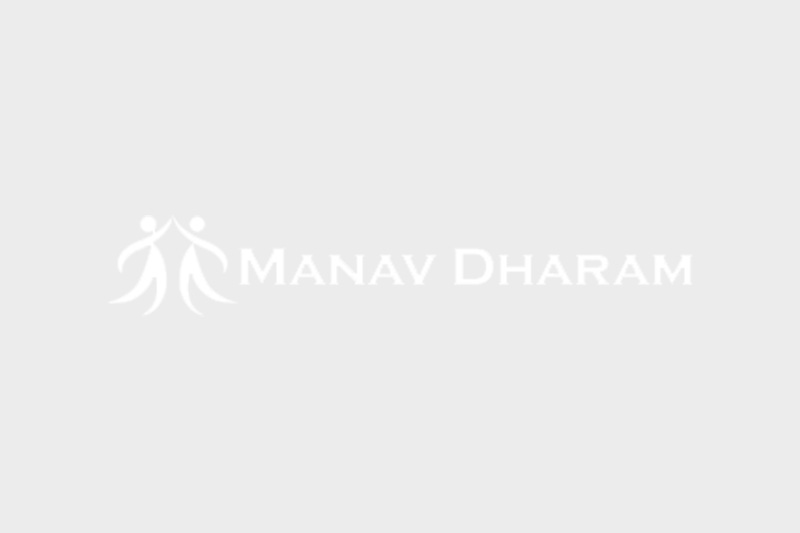 By studying scriptures you will know that great Divine Beings incarnated in all religions. All scriptures describe them. All these Masters said that we should eradicate the darkness of ignorance in our life and follow the Light. Guru Nanak Dev Ji said,

“The Master gave me the salve of Knowledge by which the darkness of ignorance has vanished. By the Grace of God, I met a saint and my mind is all light.” Only by the grace of the Almighty does one happen to meet a true saint and the Spiritual Master. It is written in Shri Ramcharitmanasa,

“Without a lot of spiritual merit, one does not come in contact with a true saint.” When the postman comes to your door you know that you are to get some news. Likewise, when you meet saints you understand that you are going to get a letter from God.

We do not see in the dark. When there is light then you see who is sitting near you or whether the way ahead is clear or not. The absence of light is darkness. When sun sets, then it becomes dark. Likewise when the Master imparts the light of Knowledge we turn towards the sun, the Truth.

When Knowledge illuminates the mind, one is able to understand what is good and what is bad, or what we have to adopt and what we have to give up. We remember the Divine Masters because they incarnated from time to time to impart and spread Spiritual Knowledge to mankind. The Divine Light saves people. Lord Shri Krishna tells Arjuna that He first imparted the Spiritual Knowledge to the sun. Scientists also say that there was a big bang in the sun from which a mass, which we now call ‘Earth’, was ejected and it and the other planets were formed.

Lord Shri Krishna says in the Bhagavad Gita, that He gave the Knowledge to the sun. When Arjuna heard this, a doubt cropped up in his mind so he said, “Lord, you are my age, so how could you have given Knowledge to the sun?” Lord Krishna replied, “Arjuna, you and I have taken many births. You do not remember them but I know all about them. You and I have had so many bodies. I also change many bodies from time to time.” When our clothes wear out, we put on new ones, or we wash the old clothes and wear them again. When our clothes are torn, we throw them away. Lord Krishna compares the human body with clothes. When the old body becomes feeble, when it suffers from various diseases, we abandon it and put on a new one. That is why Lord Krishna said, “You and I have already taken many births. I know all about those, whereas you do not know, because you have limited knowledge, while I am all-knowing and possess the Knowledge of the immortal Self.”

When Lehna went to Guru Nanak Dev Ji, the Master asked said, ‘Son, what is your name?’ Lehna said, ‘Maharaj Ji, I am known as ‘Lehna’.’ Then Guru Maharaj Ji said, ‘Brother, your name means ‘to take’ and I am the giver. I impart the Spiritual Knowledge to a true seeker.’ Guru Nanak Dev Ji initiated Lehna and made him his own. This is the greatness of a divine Master. That is why it is said,

Prostrate to the Master millions of times, because he makes a devotee like himself, just like the bhringi wasp transforms an ordinary insect into a bhringi like itself. The Master, out of unbounded compassion, makes a disciple like himself, by imparting the Spiritual Knowledge to him.

Shri Chand and Laxmi Chand were the two sons of Guru Nanak Dev Ji. Guru Maharaj Ji wanted to test whether they obeyed his commands or not. One day in winter, Guru Maharaj Ji was walking with both sons. A golden vessel he was carrying fell into a swamp. He asked his sons to go and retrieve it. Both sons said, “It’s very cold and the swamp is very dirty. We have plenty of such things, so we’ll go home and bring one here to fulfill your wish.” But Guru Maharaj Ji was not satisfied. He turned to Lehna, who immediately jumped, fully clothed, into the swamp and brought out the golden pot. He washed off the mud and gave it to Guru Maharaj Ji. Guru Nanak Devji was so pleased by Lehna’s service that he transmitted his spiritual power to him, not to his two sons. Later on Lehna became the famous Guru Angad Dev.

Emperor Akbar asked his minister Birbal, “Where does God live and what does He do?” Birbal begged for time and went home very unhappy. When his son saw that his father was sad, he asked, “Father, tell me the reason for your sadness.” His father told him about the Emperor’s questions. His son replied, “Father, go to Court tomorrow and tell the Emperor that your son will reply to his questions.” Next day, Birbal arrived at Court and saluted the Emperor. The Emperor asked for the answers to his questions. Birbal said, “Your Majesty, your questions are so simple that my son will answer them.”

The Emperor asked Birbal’s son, “Where does God live?” The boy replied, “Maharaj, please bring me some milk.’ The Emperor did so. Birbal’s son said, “Kindly tell me where the butter is in this milk. Is it up or down or on the left or the right side?” The King replied that butter is everywhere in the milk and can be extracted by applying a particular procedure. Then Birbal’s son said, “Your Majesty, in the same way God is omnipresent. He is everywhere in the world but can be revealed only by applying a particular procedure.” When our devotion is full of love, when we receive Knowledge and do meditation then God, like the butter, is revealed. King Akbar accepted this answer.

Then he said, “My second question is: what does God do?” Birbal’s son said, ‘Maharaj, you are a learned man. You, who are asking the question, are sitting on a throne and I, who am giving the reply, is standing at a lower level! The person giving the reply at least deserves to be respected like a Guru.” Emperor Akbar said, “You are right. I made a mistake. Come and sit on my throne.” The King seated him on his throne while he himself stood down below. Then Birbal’s son asked the King about his next question.

Akbar said that his second question was, ‘What does God do?’ Birbal’s son replied, “You have just seen it. He demotes a King and elevates a pauper to the level of a king. I could never had sat on this throne but by the Grace of God, I am now sitting on it and you, even though you are the King, are standing beneath it.” It is said,

Lord Shri Krishna says in the Bhagavad Gita that He incarnates on this earth in each era to uplift and give enjoyment to saintly people, to destroy evil doers and to establish the true dharma. I also want to say that we must spread the same message of salvation to mankind given by Lord Shri Krishna which will change hearts and bring true transformation. Today it is essential to adopt and follow that message. We need the spiritual message of Guru Nanak Dev Ji and the ten Sikh Masters, which could change the hearts of people, could eradicate hatred and inspire love instead and make the Ganges of love flow through India.

So, let us follow the spiritual message of the saints in our life. Divine Masters incarnated on this earth from time to time. Let us adopt their message which will transform our hearts. Receive the Spiritual Knowledge, meditateand remember the Holy Name of God to make your life successful.