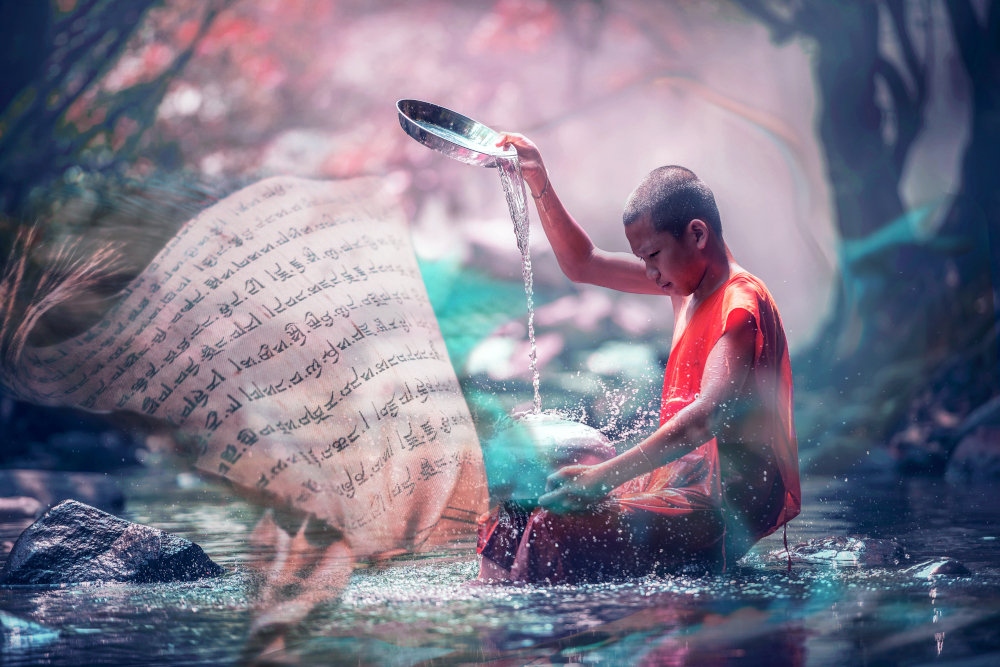 In Buddhism the mantra “Aum Mani Padme hum” is considered to be the most sacred one and is chanted by every Buddhist irrespective of the branch of philosophy one is following.

The meaning of this mantra can be subjective and can be understood and explained in many ways. But when we dive deep into it and try to understand it gives us an understanding which can be helpful taking us further on the path of spirituality.

“Aum Mani Padme hum” is a Sanskrit phrase. The first word “Aum” is the holiest of the spoken words and symbolizes the brahm, god or ultimate truth as per holy scriptures. Scientifically also if we analyze the vibration produced while chanting “Aum” , it resonates with the Vibration found all across in nature. Also there has been numerous experiments which has proven the effect of “Aum” on body and mind.

The second word “Mani” means a jewel which is self-effulgent i.e. it radiates light by itself.

The third word “Padme” means Lotus, which has got great spiritual significance. Lotus Blossom above water, its petals are untouched by it. Which means a person should live in this world like lotus meaning living unaffected by the materialistic fluctuations be it of any kind.  Enlightenment and self-realization also has been symbolized by Lotus.

The last word “ham” signifies the reciter of the mantra or it refers to one consciousness.

It is important to understand here that Buddhism talks about getting rid of miseries of the world. So, the individual in the mantra is saying “O – Aum self-radiating jewel, make me like lotus”.Now the question arises is recitation of this mantra or the word “Aum” really going to help us in achieving the state of lotus or make us like lotus. Here comes the role of spiritual master who will takes us on the practical path of this mantra. It is only through self-enlightenment that we can be free of miseries and be like lotus. The master gives us the technique of meditation which Lord Buddha himself practiced and shows us the path treading which we can fructify this mantra.