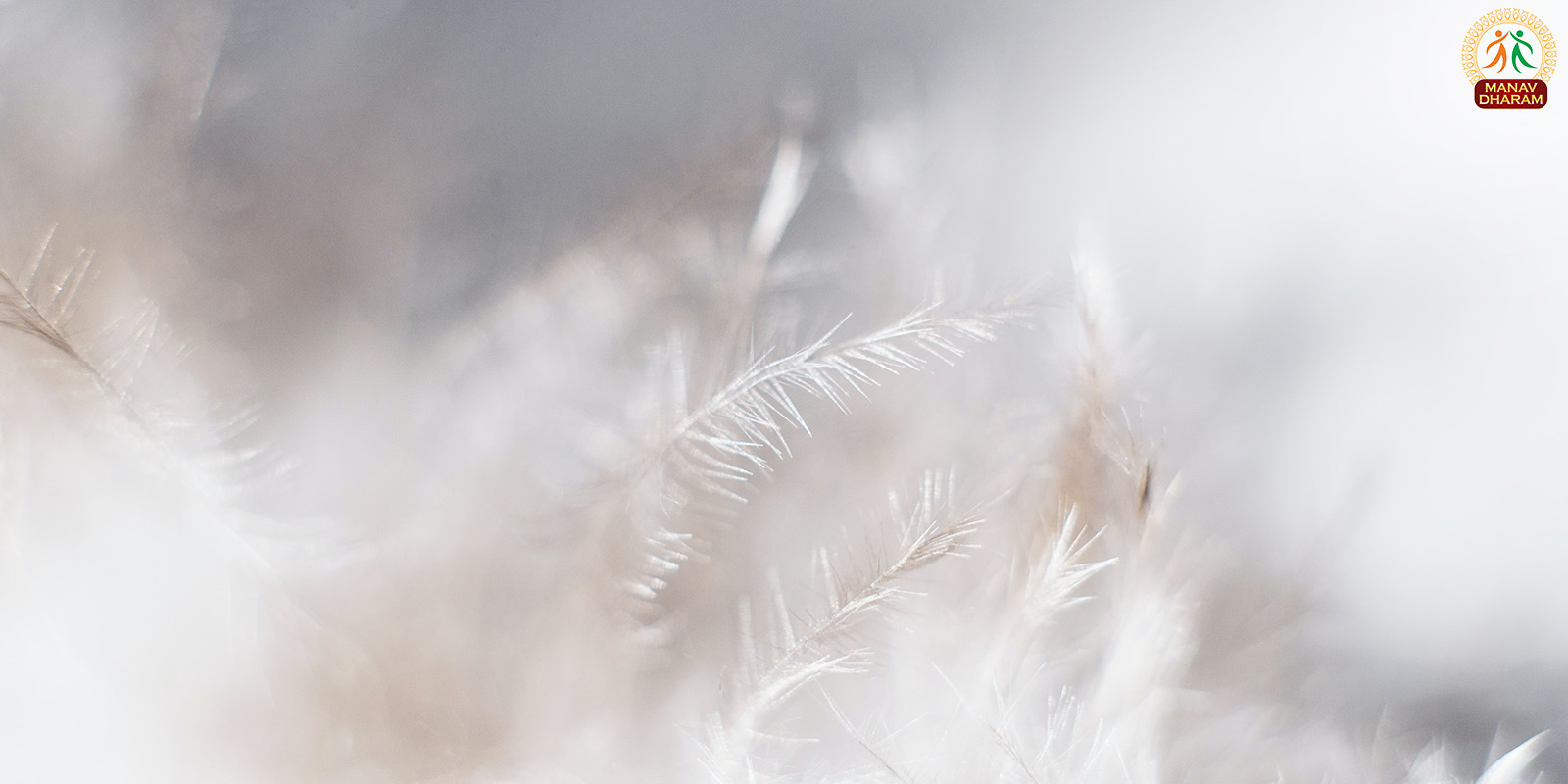 The omnipresence of the Almighty has been glorified in our scriptures. Saint Tulsidas wrote in Ramcharitmanas, “With folded hands I worship the entire creation knowing Sita and Rama pervades them all.” Vishnu Purana relates the story of creation that the first thing to manifest at the beginning was the cosmic thought or intelligence, from which emanated all plants, animals and inanimate things of the universe. Scientists discovered that everything about nature, planetary movements or the activity within each atom is perfectly timed and orderly. What goes on in a single biological cell to adapt energies to the changing circumstances, environments and even the construction of proteins and DNA baffles scientists. Cosmic intellect is the power in every living creature’s disposition and the divine intervention prevails in all sentient and insentient entities. Although the cosmic intelligence is visible only in man because of acquired knowledge through formal education, it is observed in every speck of matter, whether its a living entity or the empty space. The theory of panpsychism (the belief that all matter has an element of the consciousness) suggests that every object in the universe has an inner being or that all matter has intelligent entity within. So the phenomenon of the totality of existence is an understanding that nothing can be fully explained by just thought alone. The human mind needs the non-intellectual experience of the nature of things and the unity in them. Physics now says that the unity of all things and events is at the core of its findings. Be it known or unknown, everything in the universe is interconnected, similar to what we observe in the ocean, wherein all the tiny droplets of water are inter-bonded.

Every cell within plants or animals is energised by the non-physical or the Spiritual entity so as to give life to each cell. This entity is the seat of everlasting consciousness. Ancient sages researched this and concluded that God cannot be known by the non-transcendental mind, however conditioned it may be. But most people find it difficult to comprehend the different states of consciousness. They follow that there is a conscious mind but fail to understand the omniscient level of consciousness. In fact some mysteries of the universe will always be inaccessible to the human mind and intellect. However, real understanding on this can only take place when we are able to experience the omnipresent consciousness, the supreme power of the Spiritual Oneness of all beings in the universe. This is possible only when we find the living Spiritual Master, who clarifies such mysterious links to awaken the real yearning within the human heart. With this awakening, when the aspirant requests the inner knowledge of the self earnestly with a guileless heart, the Master bestows the Spiritual Knowledge by which the devotee understands the deeper meaning of consciousness by self-realisation. Through meditating upon the God’s name, under the Master’s command does he find the answers to the different questions and doubts about life and the universe; and experiences that everything is interconnected by the all-pervading consciousness. Any further doubts are cleared through regular meditation, company of saints and the grace of the Master, which provides equanimity of mind. By constant practice, this state of mind can be retained in any circumstances of our life just like a garland wherein the flowers of different types are kept assembled together by the single uniting thread. Upon attaining this experience, seers and sages recorded their own experience in the scriptures that the supreme power of the Almighty permeats the entire universe.