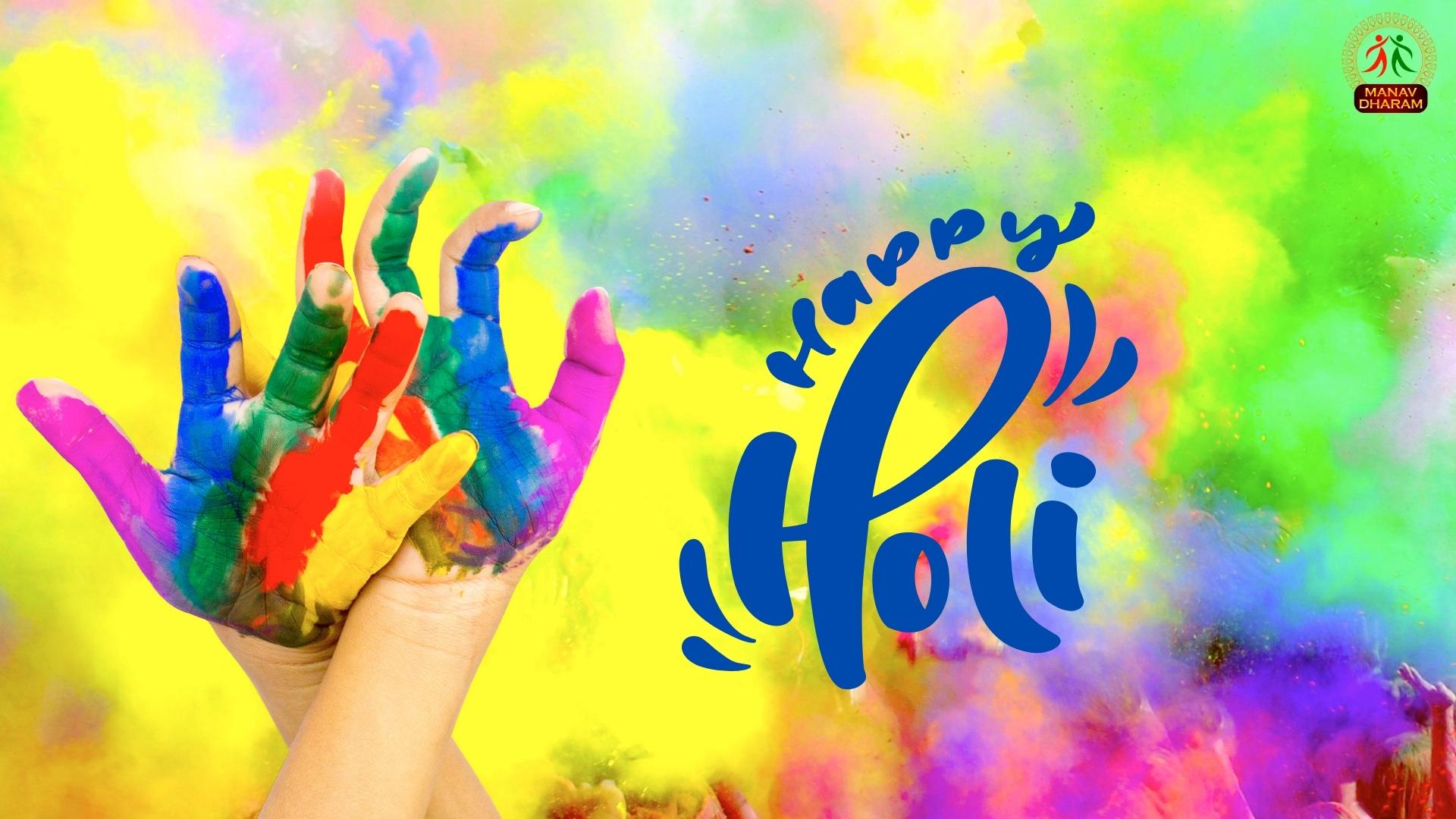 India has a rich tradition of celebrating various festivals. Holi is one such festivals that has an ancient history with a number of folklores associated with it. It is also known as Holika, the “Festival of Love”, the “Festival of Colours” and the “Festival of Spring.” This festival celebrates the eternal and divine love of Radha and Lord Krishna. It also signifies the triumph of good over evil, as it commemorates the victory of Lord Vishnu as Narasimha Avatar over the demon Hiranyakashyapa, while protecting his beloved disciple, child Prahlada from his father and Aunt as they tried to kill him for worshipping Vishnu.
The festival also celebrates the Kameshwar form of Lord Shiva when he was victorious over his bodily or carnal desires as he burnt Kama, the deity of lust, through his third eye, as Kama tried his best to awaken Shiva’s carnal desires. The festival also marks the end of the tough winter season in the north and central India and the beginning of a pleasant spring harvest season. Holi festivities usually in most places last for a night and a day, starting on the evening of the Purnima, the Full Moon Day, falling in the Hindu calendar month of Phalguna, which is around the middle of March in the Gregorian calendar. The first evening is known as Holika Dahan, the burning of demon Holika, or Chhoti Holi and the following day as Holi or Rangwali.
Holi is mentioned in the Puranas, Dasakumara Charita, and by the poet Kālidāsa, who is known to have lived in the 4th century. On the eve of Holi, typically at or after sunset, a bonfire is lit, signifying Holika Dahan, the burning of Hiranyakashipu’s sister Holika, who tried to burn his nephew, Prahlada. The ritual symbolises the victory of good over evil. People gather around the fire to sing and dance. Holi has many regional variations and names and is celebrated in unique traditional ways in these regions depending on the local legends they associate with this festival.
In today’s world, with materialistic advancements, we prepare and plan for days in advance to maximise the amount of enjoyment we can derive from various activities we do. The same is true for the festivals we enjoy. Holi is one such festival that most adults and kids alike look forward to celebrate. We prepare or buy special foods and dishes associated with the festival and buy coloured powders to smear each other with. We fill different coloured balloons with water and throw at each other. These activities are the reason for the excitement we have for the festival, but unfortunately, we seem to have forgotten the very purpose behind the festivals, their origins and reason of their existence.

The various festivals and the specific rituals associated with them were created by our ancestors thousands of years ago to pass on to the future generations the great life lessons filled with wisdom. It seems that the pearls of wisdom are lost and only the oyster shell, in the form of celebration and enjoyment remain. This is the reason why we have started to witness intoxicated adults and youngsters covered in colours dancing and making merry like there is no tomorrow after participating in token worship during Holi. Celebration is not wrong at all but where is the celebration of the wisdom and the learning, and reminders of the divine messages? It is our solemn duty, the preservers of our nation’s great heritage and culture, to understand, preserve and protect the sanctity of our festivals and the great spiritual messages embedded in them to pass them on to our future generations.

Holi provides us with great spiritual messages from the different legends. From that of Prahalad and his father Hiranyakashyapa, we learn that we must devote ourselves to the true love and devotion towards the Almighty and not to the temporary material luxuries like the ones Hiranyakashyapa tried to distract Prahlad with. When we do so, no one can ever harm us, just as Prahalad remained protected at each step. The devotion shown by Prahalad towards Lord Vishu is similar to the true love shown by Radha and the way she devoted herself to the love of Krishna and became his eternal paramour.

Holi reminds us that like Rati, the wife of Kama, we must dedicate, commit and devote ourselves to our life-partners with full devotion and true love and not superficially and out of attachment without true love that often end in separations and divorces over the most trivial matters. After Shiva killed Kama, Rati worshipped Shiva and convinced him to forgive Kama who later took birth as Pradyumna and married her. Holi also tells us that a householder’s life is also very important and it is their solemn duty to procreate, as Shiva’s son could only end the atrocities of Demon Tarakasura. One must perform all karmas or actions and enjoy its fruits as our solemn duty with a sense of non-attachment whilst dedicating our every karma to God. This has been expounded in several scriptures.

In Bhagwad Gita, Lord Krishna explained the importance of karma and Karma-Yoga to Arjuna, which is worshipping God while doing every action. He says that a person does not attain freedom from action by abstaining from action; nor does he attain fulfilment merely through renunciation. Lord Krishna also told Arjuna that he must always remember Him and also perform the duty of fighting the war. He said that, ‘With mind and intellect surrendered to Me, you will definitely attain Me; of this, there is no doubt.’

Similarly, Saint Kabir said that: Sumiran kī sudhi yoṅ karo, jyauṅ gāgar panihāra; bolat dolat surati meṅ, kahe kabīra vichār. It means that remember God just as the village woman remembers the water pot on her head. She speaks with others and walks on the path, but her hand keeps holding onto the pot. In Isha Upanishad, Verse 1, it has been stated that one should perform actions or karma with the sense of renunciation or non-attachment.

The burning of the bonfire on the night of Holika Dahan is a message to seek and experience and worship first-hand the great true form of God (the ultimate truth) and remove the darkness of incomplete knowledge or ignorance and not be content by just rituals and belief-based worshipping without experiencing the ultimate truth ourselves. In Katha Upanishad, it is stated that the sun does not shine there, nor the moon and the stars, nor these lightnings – how can this fire (bright light)? ‘He’ (God) shines, everything shines after Him. Through his lustre, all these are illumined.

During Holi, we immerse each other in bright colours and this ritual originally was to put a Tilak, a coloured spot on each other’s forehead, which later spread to throwing and applying bright colours on each other’s bodies in jest. This was to remind and wish each other well in our quest to witness the bright self-effulgent God within ourselves through our third eye where the Tilak is applied. Holi like other ancient Hindu festivals is full of such deep messages and wisdom, which need to re-discovered and shared along with the enjoyment associated with it, else there is no difference between small children and intellectual grown up as both enjoy these festivals superficially for material sense pleasures and gratification and learn nothing from it. After all, what is life if not an illusory and glamorous yet decaying slow death if we waste an auspicious day year after year without growing, evolving and progressing a bit that day and truly utilising it or benefitting from it. Is it really any different than an animal enjoying and celebrating a great hearty meal after a good kill?